What if you had a print that was awarded two “Best of Shows” in Photo Shows along the Colorado Front Range. Wouldn’t you naturally think that print is as good as it can be?

I certainly thought so. With a great dose of confidence I entered it into PPA’s International Print Competition thinking the print would have a great chance of Meriting and being accepted into the Loan Collection. Such was NOT the case!! It didn’t even merit!

Fortuitously, I had ordered up a video critique on the print and the feedback, while I admit I was skeptical at first, did make for a hugely improved image. The earlier print that I thought couldn’t be improved, I no longer liked or could stand to look at! The revised print, after making the critique suggestions, went on to Merit and Loan in the next year’s IPC!

Such is the value of PPA Print Competition and the critiques that are available to you. Sure, I knew all about the rule of thirds and not blowing out highlights and other typical “I got cha’s” before my first PPA Print Competition. But PPA Print Competition brings much more than that. For me, it has and is continuing to bring more understanding about photographic artistry. And let’s face it, today’s modern DSLRs (and even cellphones) can take high quality images. As a consequence, the best way to separate and distinguish yourself these days is through your photographic vision and artistry.

I am totally convinced PPA Print Competition, and the PPA District and State Affiliated Competitions, are the very best resources for continuing your professional photographic development.

I have often told people that no single thing has improved my photography as much as entering print competitions. But part of that is the annual print critique session offered by the Professional Photographers of Colorado. Picking the images I think best and having those images viewed by experienced and un-biased eyes is invaluable in helping me select the images to submit to the real competition session. We get so attached to our images we often fail to see that a different crop or the removal of some small element can make the difference between a nice “Above Average” entry and one that will merit or even score in the Excellent of Superior category. Last year, an image that was “OK” was changed based on the feedback and scored a 92 at the District competition and then a Loan Collection image at the International competition. Don’t waste your opportunity to take advantage of this competition!

The print critique and competition has provided me with immediate feedback on how I can become a better photographer. I’ve been able to listen and learn from International Print Jurors and PPA-certified judges who have decades worth of hands-on experience, knowledge and technical expertise, and have applied the constructive feedback in a manner which has allowed me to transform my ability as a photographer from just taking pictures to creating works of art. In less than one year, I’ve gone from entering my first competition to earning the honor of becoming a Professional Photographer of America Silver Medalist based on my results from last year’s International Photographic Competition! A PPA member earns the Silver Medal by placing one image in PPA’s renowned Loan Collection and three images in the General Collection-an incredible accomplishment for a first-year entrant. Had I not taken the chance and entered my first critique and competition, I would have never had the opportunity to win these accolades. I highly encourage serious photographers to enter their best images in the PPC print critique and competition, and to be ready to learn how to become a better photographer. 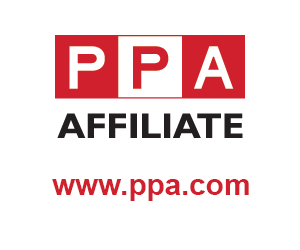 How do YOU want to look on your next Zoom Meeting?